Warning: array_unique() expects parameter 1 to be array, null given in /www/wwwroot/bg3mdo.ts-ham.com/wp-includes/post-template.php on line 838 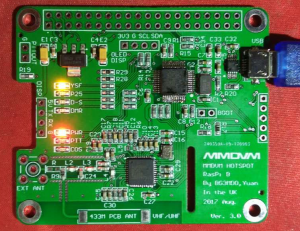 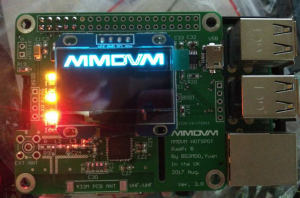 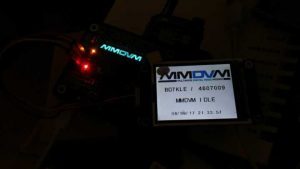 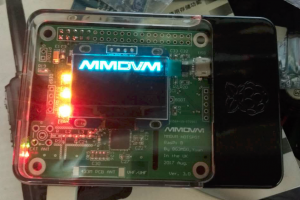 This board is based on Jonathan and Andy’s MMDVM (HS) firmware, the aim is to implement a digital 2-way radio Internet interlink hotspot.

Board is designed to work under UHF or VHF band, but not dual-band.

40-pin main connector is for the use with Raspberry Pi B model, meanwhile, a hardware USB to TTL converter is integrated. In this case, it can auto select USB mode or Raspberry Pi mode, which means it is able to work without a Pi-based host.

When it is working under UHF, an on-board ceramic antenna used for reducing size.

A further optimisation is carried out for board sharp and size, it is able to put into most of Pi HAT cases smoothly without having any mod of the case or the board.

It supports both Nextion serial screen and 0.96-inch (or 1.3-inch) OLED screen (single or two-tone OLEDs), the driver mode of the OLED screen is selectable either using the I2C from the Raspberry Pi or the microcontroller.

A PTT signal is provided for control an external amplifier if needed, however, the amplifier has to be better optimised, it is known that the output spectrums of ADF7021 is not clean.

The board allows the Raspberry Pi to update the MMDVM firmware online by toggling specially control GPIOs.

It is having the ST debug port provided, allowing the microcontroller program to be further developed.

When using different host software, the board can run on Linux, Windows, MAC OS and Android etc., major operating systems.

While the board connected to the Raspberry Pi, the board only uses the serial and I2C ports, and not taking any Pi’s dedicated communication port, such as SPI, I2S, this allows different Pi HATs can be stack on top of the board, for example a sound card. As the board shape optimised, Pi official camera and touch screen can be added without any hassle.

As the USB port attached on the board, it makes that it is suitable for most of PCs, laptops and single board computers (SBC), for instance Nano Pi, orange Pi and banana Pi etc.