HAM Pi is a raspberry Pi hardware shilled, which is designed (By BG3MDO) as a generic hardware interface between Radios and raspberry Pi for radio amateurs. HAM Pi is slightly longer than the standard raspberry Pi shilled, and still gives the access to Pi screen connector and camera connector.

It has an 96k 24-bit Audio Codec, sound card, supports earphone output, line out, line in and mic input. On the board, the 3.5mm Jack connectors are reserved. When not connected to any Jack devices, headphone, the audio codec signals are connected two 600:600 isolation transformers on the board for connecting a HF radio or VHF/UHF radio. This enables the Pi as a multiple mode digital communication device for HAMs. By using the on-board PTT, COS control circuit, it can control the TX/RX of a radio, and perform for example as an TNC for APRS, or a modem of SSTV, PSK, RTTY, JT65… on HF digi, Echolink linker for UHF/VHF. modes, even used as a remote station controller.

Ham Pi has a built in 2 channels ADC, resolution at 12-bit. It can be used to monitor the system power supply voltage if used as a repeater controller or remote station controller etc. It can also read a SWR circuit for protect a transmitter, or read a RSSI voltage from a receiver.

Temperature sensor is 18B20, 1-wire temperature sensor. It can be used to monitor a radio final amplifier temperature, either start/stop a fan or shut down the transmitter if overheat. As it is 1-wire protocol, multiple sensors are supported.

The relay is controlled by a GPIO of raspberry Pi, it can be used as a generic switch.

This port can program your radio, implement CAT control, or anything that uses serial port. 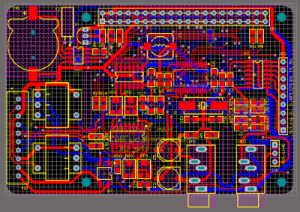 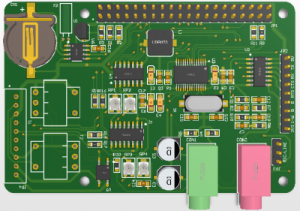 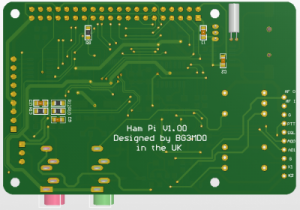 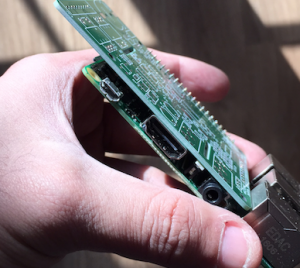 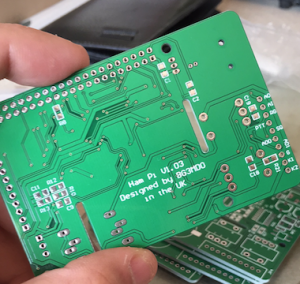 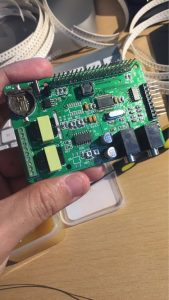 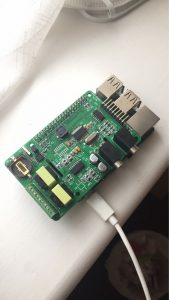 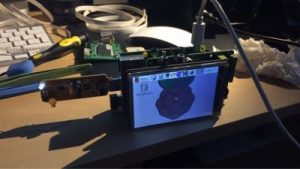